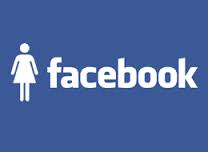 Facebook has been working on this project for the last few years and now the time have come to implement it in India ,they are also planning to set up this in other countries too. As we know that India is the second largest country for Facebook having 160 million users, and this number are increasing day by day.

Women will use this function because they are more concerned related to their faces been uploaded as profile picture by Fake IDs. To protect them from those mischievous people who are trying to copy there profile picture and misuse it.

Facebook Privacy will be updated on the 27th of June and will be available at all parts of India. You can read more about this announcement on the Facebook news blog here.