Wi-Fi cracking is a very easy process, easier if it is secured with WEP encryption. In the below tutorial we will tell you how to Crack WiFi Password encrypted with WEP and WAP encryption. Note that this is a detailed guide to hacking. Hence, you need to have a basic knowledge of WiFi networks and their working.

You’ll need a wireless adapter that’s capable of packet injection, and chances are the one in your computer is not. You can get an adapter from Amazon at $12-$15.


You’ll also need a Backtrack live cd. Back Track can be installed to a regular boot cd, a USB drive, installed to the hard drive, or even downloaded as a VMware virtual machine.  Download yourself a copy of the CD and burn it, or load it up in VMware to get started.(you can check out about its configuration from Google)

To crack WEP, you’ll need to launch Konsole, BackTrack’s built-in command line. It’s right there on the taskbar in the lower left corner, second button to the right. Now, the commands.

where wlan0 is the name of the wireless card, it can be different. To see all wireless cards connected to your system simply type in ” iwconfig “.

After putting your card into monitor mode ,we need to find a network that is protected by WEP. You can discover the surrounding networks by entering the following commandairodump-ng mon0

Bssid shows the mac address of the AP, CH shows the channel in which AP is broadcasted and Essid shows the name broadcasted by the AP, Cipher shows the encryption type ,Now look out for a wep protected network In my case i’ll take “linksys “ as my target for rest of the tutorial

Now to crack the WEP key you’ll have to capture the targets data into a file, To do this we use airodump tool again, but with some additional switches to target a specific AP and channel. Most importantly, you should restrict monitoring to a single channel to speed up data collection, otherwise the wireless card has to alternate between all channels .You can restrict the capture by giving in the following commandsairodump-ng mon0 –bssid -c (channel ) -w (file name to save )

Using Aireplay to Speed up the cracking

Now you’ll have to capture at least 20,000 data packets to crack WEP .This can be done in two ways, The first one would be a (passive attack ) wait for a client to connect to the AP and then start capturing the data packets but this method is very slow, it can take days or even weeks to capture that many data packetsThe second method would be an (active attack )this method is fast and only takes minutes to generate and inject that many packets .In an active attack you’ll have do a Fake authentication (connect) with the AP ,then you’ll have to generate and inject packets. This can be done very easily by entering the following commands aireplay-ng – 1 3 -a (bssid of the target ) (interface)


Once the crack is successful you will be left with the KEY! Remove the colons from the output and you’ll have your WEP Key.Hope You Enjoyed this tutorial ,For further Doubts and clarifications please comment below. 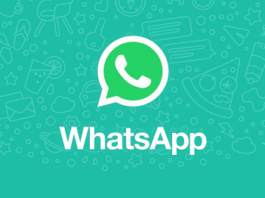 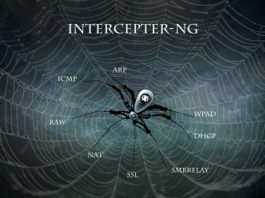