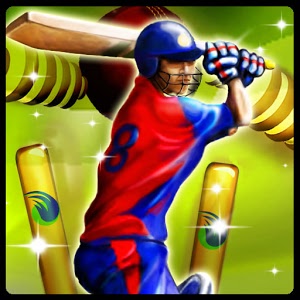 Cricket is one of the most followed game in India and its popularity is growing day by day. Also, many new Android developers are creating Cricket games so as to attract new users. Today, we will be sharing a list of 10 top Cricket games for Android. This list is created on the basis of user rating, performance, Gameplay and Graphical display of the gaming app.

Also, note that many of these Android games, such as 먹튀사이트, support multiplayer format. All of these Cricket games are compatible with every Android version. Hence, don’t worry about whether the Game will run on your smartphone or not.

So let’s begin with our list of 10 Top Cricket Games for Android. All of these games are free to play and can be downloaded from Google Play Store.

A List of the 10 Top Cricket Games for Android:

Real Cricket 16 is one of the most downloaded and reviewed cricket game in the App store. It has an impressive collection of shots and amazing graphics. You can even customize the game and build your own cricket team. You can select your team, set field placements, bowling-batting order and even set your equipment.

The only major issue of this app is that it contains a lot of advertisement. To remove these ads, you’ll be charged with some amount of money. Otherwise Real Cricket is free to play game and one of the best Cricket game in Play store.

This game also contains some annoying ads. But still, it is one of the best cricket game to play. Below is the link to Download Cricket T20 Fever 3D.

World cricket Championship 2 is the successor of WCC LT. This is by far the most famous game of Google play store. Also, WCC 2 has an average rating of 4.5. WCC 2 is a free to play game with advanced 3D graphics. It also supports cricket shots like Dil-scoop, the Helicopter shot and the Upper-Cut!. Below are some of its features:

Below is the link to download World Cricket Championship:

Big Bash 2016 is an official gaming app developed by Cricket Australia. It features official clubs for BBL|06 and WBBL|02. Big Bash also comes with 3 different types of difficulty modes. It might not be as advanced as the above games, but Big Bash 2016 is fun to play.

Also, this app is advertisement free, hence you can play this game without getting annoyed. Big Bash 2016 is also known for its skill shots and beautiful pitches. You will get an amazing experience of cricket by playing this game. With updated stats and players, this game is a must for cricket lovers all around the world.

Below is the link to download Big Bash 2016 app:

The Stick Cricket premier league is based on the old version of Stick cricket. It is developed by the same developers. One of the best feature of this app is its gameplay. Stick Cricket Premier league gives you an opportunity to play as an individual player and join leagues from different countries. It is basically a cricket version of FIFA 16. You will get enough opportunities to feature on all available premier leagues. Latest updates have added some more recent grounds and leagues.

Below are some more features of the Stick Cricket Premier league:

Download Stick Cricket Premier League from the link below:

Cricket World Cup Fever is the first multiplayer game to feature on our list. It also comes with a unique batting-bowling engine and field styles. You can also customize the difficulty settings, venues, Match duration, squad etc.

Cricket World Cup Fever comes with 4 exciting modes of play – “Quick Match”, “PowerPlay” “World Cup” and the turn based styled “Pass-N-Play” modes. Don’t underestimate this app as it has potential to deliver a thrilling experience.

This Cricket App is created by the developers of Real cricket 16. The only change is the introduction of Cricketing franchises and auction mode. You can play as an individual and increase your batting-bowling-fielding skills These skills will help you to get the best cricket league, where you can win tournaments.

Below are some more features of Real Cricket Premier League:

Download the Real Cricket Premier League app from the link below:

We have already discussed its newer version, the WCC 2 above. WCC Lite offers high quality graphics, professional commentary and a team that you create with your friends. You can challenge your friends by inviting them to beat your high score.

This game is supported by all versions of Android and can run on every smartphone.

Download World Cup Championship Lite from the link below:

In Cricket career 2016, you can play career mode by choosing a favorite player. You can create your own avatar and increase your skills by playing more games. To run this game, your smartphone must have 2GB RAM with at least 90mb free disk space.

Cricket Career 2016 also includes leagues like IPL and Big Bash (other leagues to be added soon). Also, you can grow up your career by joining different teams.

This game is developed and designed by Zapak Games. T20 Cricket Game 2017 will take you through different modes such as T20 tournaments, challenge mode and quick match mode. Below are some other features of T20 Cricket game 2017:

We will keep this list updated and add some more fun apps in our Android App section. If you have any suggestions or any more Cricket app to add to this list, then do comment below.